I have been a pretty casual player for years, starting back I dunno Beyond or earlier, and became more competitive over time. I got to the point of consistently getting 36-37/40 challenges, and during harbinger decided to really go for it and had my most successful league yet reaching 40/40 challenges and getting to lvl 99.6 before running out of time. 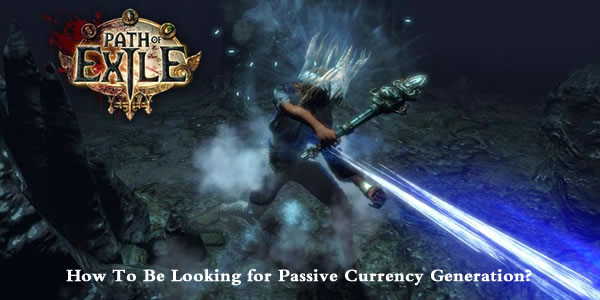 Passive Currency Generation
Abyss league I started to feel slightly burned out and quit after about 24 challenges and I haven’t even touched bestiary. In that time I’ve amassed roughly 20ex in currency and maybe 100ex or more in random gear, not counting what’s on my characters. Over the past few weeks I’ve been doing some passive currency generation while working on other projects by doing simple things such as buying mid range currency for chaos and flipping for exalts, selling off div cards, flipping corrupted essences, selling old beachhead maps etc. In that time I’ve managed to get up to 30ish ex in currency, plus investing in 5/6 linking some shav’s and QotF with decent rolls.

Now the trouble is those chest pieces aren’t really selling like I hoped they would at 1ex for 5 links and 6ex for 6 links. I’ve made some decent currency in past leagues regal crafting jewels but I would imagine standard league would be much less demand for 3-mod jewels and with the addition of abyss jewels I can’t really afford to get into exalt crafting there if I’m unable to sell well rolled jewels for decent exalts.

Does anyone have any suggestions for other types of crafting to try?
I’m debating between chaos spamming jewelery on elder/shaper bases, or possibly essence crafting helms. I could also just try reducing the margins of my current endeavors and expanding into max lvl corrupted gems and prophecies and things like that, but flipping really isn’t as appealing to me as crafting could be. Any ideas to try out? Or is standards economy too skewed to high end items such that sellable items are impossible to create on a modest 5-10ex budget? https://www.u4gm.com/