Are you interested in some open world PvP? You need to understand the basics before release. In this article, UpAlbion write a summary of some popular questions players would ask when they venturing into Albion Online. 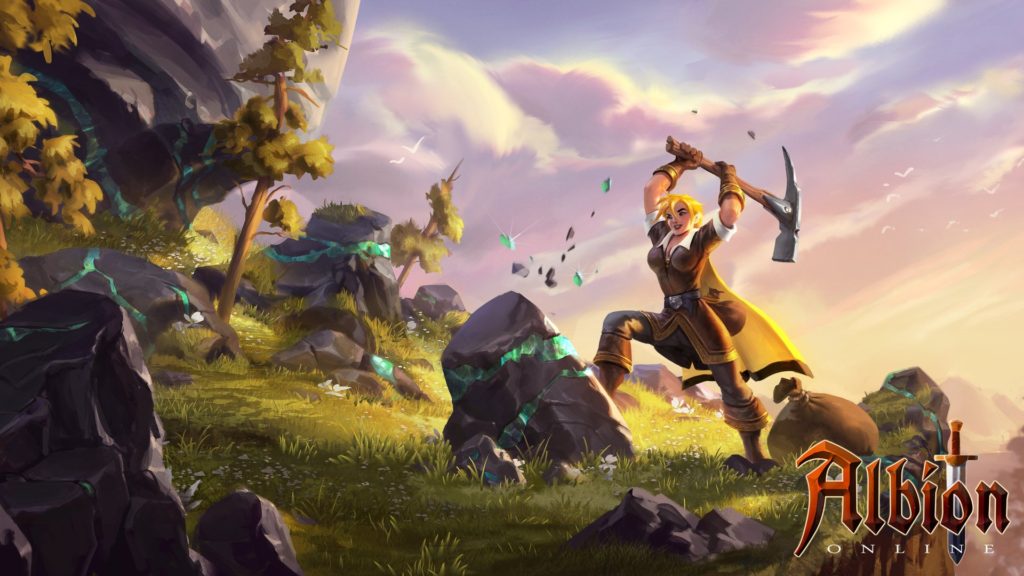 Here are some strategies in open world PvP in general according to veteran players.

If you roam on your mount and see another player on a mount, you can create a great build to take down his horse with the dismount cooldown and no abilities.

Requirement for the bow is to be level 40 but once you hit that, you can solo gank people if you play it well enough. You can dismount players by constantly putting poison on them and using speedshot/run to catch up to them.

Double Bladed Staff (same armor): First Q (not sure what it is called), Stun run, E. Tons of mobility with W, E and Run. Tons of cc with Q, W and E. Probably the best weapon to dismount because of the amount of lockdown and mobility you have. You lack damage but since people usually try to run away, all that matters is to have a way to stop them and/or catch up to them.

There are a few other builds that work in solo ganking but those two are the best at dismounting people. With other weapons, like Bloodletter or Dagger Pair, you are better off trying to find people who are already dismounted than trying to dismount them.

If you are in a group, you generally want a Double Bladed Staff because it is so good at dismounting and the low damage of it doesn’t matter when you have others in your group who can dps. A good setup is Double Bladed, Frost Staff (every fourth aa roots) and some form of dps, like a Bloodletter.

Their armor is really bad for fighting but really good for running so they will try to run away most of the time. If there is a big gear difference, they might try to fight you but that heavily depends on the person and the weapon they use. Some use a weapon to help them run away so they won’t fight you.

It highly depends how lucky you are at finding people and what gear they wear. One day you won’t find a single soul in 3 hours, another day you get 12 kills in the same time. Since your gear isn’t worth that much (because you don’t need to use any artifacts) you should easily break even unless you are constantly dying and losing your stuff.

In my opinion, ganking in a 2-man or 3-man squad is the most profitable. The money is easily shared and you can cover the most important weapons for ganking. If you gank with multiple people (5-9), you get a very low cut and run the risk of having other guilds send a group of their own after you. You are also less likely to take on bigger groups.