EA updates the team and player ratings in FIFA 15 to reflect real-life performance, and this part of the season is as good as any to see who’s on top. Our top five clubs are listed below, a combination of the current Matchday ratings and opinion on how effective the teams are in-game: 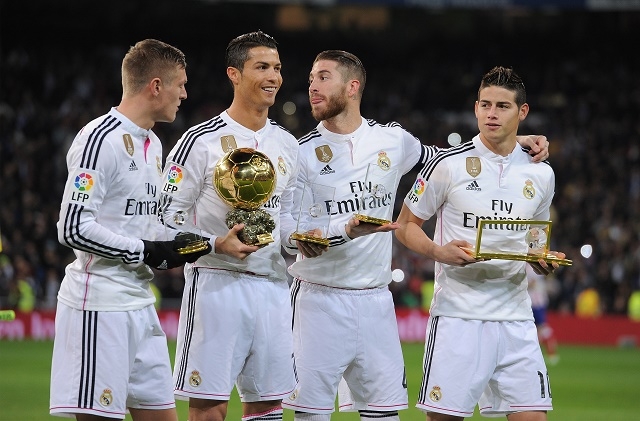 As is usually the case, the Spanish giants come in on top of the ratings. While Barcelona may have some more highly-rated players, the style Madrid plays and the speed of its attackers are simply very effective in FIFA. The 92-rated Ronaldo is the easiest player with which to beat defenses and score with in the game, and Bale is even faster on the other wing. Combine those two with the talented dribblers and passers in the midfield, and Madrid can cut opponents apart on the counter or pick out passes to unlock defenses. Right back and goalkeeper are arguably week spots, but Casillas still pulls off great saves and Ramos and Pepe are among the most effective combinations around. 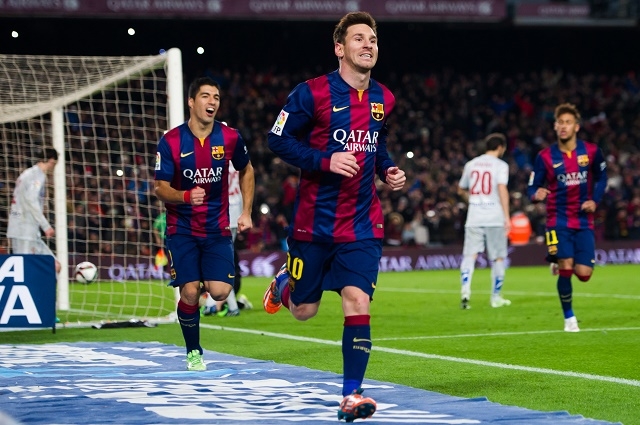 While they’re not playing amazingly well in real life, Barcelona’s very highly rated team is quite effective in FIFA 15. The absurd attacking trio of Messi (95), Neymar (88) and Suarez (91) cannot be matched, but it can sometimes be difficult to get the team flowing. Playing as Barcelona always seems to make you play like Barcelona, and a high press passing game can be troublesome to pull off. If you instead take advantage of the attackers’ dribbling skills and pace, you’ll likely be able to beat any defense ahead of you. The midfield is highly rated as well, but it’s a bit slower and more pass-focused than Madrid’s–speed kills in FIFA 15, and that’s why Barcelona sits second.

3. Bayern Munich
The German champions are coasting through the Bundesliga right now, and one look at their roster shows why. The team is stacked from back to front, with the world’s best goalkeeper Manuel Neuer (90) backstopping an already dominating squad. Lewandowski can finish any chance, and he’s flanked by tricky speedsters Robben (90) and Ribery (88). Goetze (86) and Muller (86) can rotate into a number of positions as well, completing an absurdly gifted attacking band. With solid defenders and passers in Schweinsteiger and Alonso (or Lahm if he’s not at fullback) supporting them, this is an extremely difficult team to break down, and the attacking threat is always present.

Chelsea are a dominant force so far this season, and Belgian star Eden Hazard is leading the way with his world class talent.
Though they’re playing like the second or third best team in the world, the FIFA 15 ratings don’t quite get that form across. This is due in part to Mourinho’s focus on team effort and tactical efficiency, but there are of course some stand out stars. The 89-rated Eden Hazard is in scintillating form, and can easily beat players on the dribble with his speed in FIFA 15. Goal-scoring machine Diego Costa (87) will convert up top, and Fabregas’ (87, which should arguably be higher given his assist record) passing can launch the perfect attack. The very pacey Willian (82) can provide another outlet, and Matic locks the game down in midfield. Come at your opponents with pressure and speed and Cheslsea can score easily. Courtois (86) is very difficult to beat between the sticks, and a strong defense will help protect any lead you earn.

5. Juventus
Though not named in the same breath as the rest of Europe’s elite in the last few years, the current Juventus side is quite good. You might see more PSG or Manchester City playing online, but this team is better in the game on paper. The outrageously talented Pogba is now an 87 and can score, create, and defend in midfield, while Tevez is as effective as ever up top. Perhaps the world’s best all-around player Arturo Vidal (87) will make this side difficult to break down and can help the scoring. If there’s a weakness to this team it’s in its speed, but the same could be argued for City’s midfield and defense. Juventus may not immediately come to mind as a top team, but they’re currently leading Serie A and are rated well in FIFA 15.