In Path of Exile, the Hierophant is an Ascendancy class for Templars. The Hierophant offers a mixture of non-conventional sources of damage, defenses, and overall utility aimed towards spell and totem users. The following post will tell you how to choose your gems when you build Hierophant. 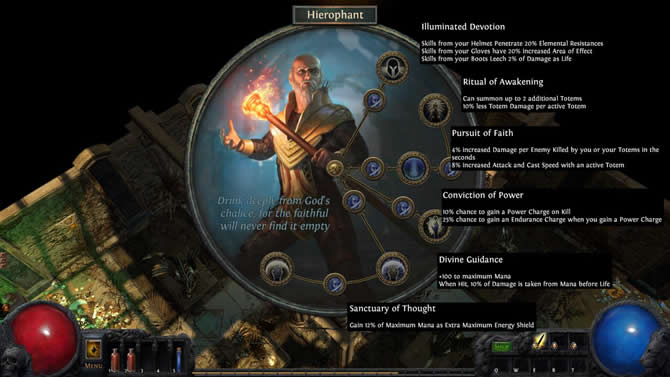 This means you can level Arcane Surge to level 10 and ensure a reliable proc every time you cast your curse. Make sure to keep an eye on the mana threshold of the skill as you level. If you are new to the game and don’t want to mess up your first build, follow some build guide from our website.