In MU Legend, characters created during the OBT will not be lost in the future. Once the stress test ends, players will not need to re-download the whole game for the OBT release. Plus, the MU Legend team is offering 500 Bound Redzen to every user who logs in to the server. On December 5th, the first PvP modes was unlocked. Players from all over the world competed in inter-server battles in 3 against 3 furious. 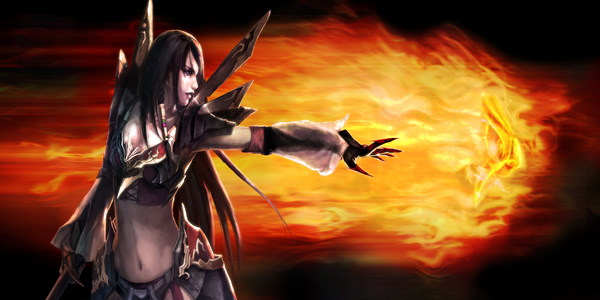 MU Legend offers spectacular visuals that will run on lower-end systems and boasts detailed art design with stunning effects. There are lots of venues in Mu Legend for you to slice and dice your way to glory. Step into the Rift to take on foes in procedurally generated worlds or challenge the Endless Tower or Lupa’s Labyrinth and battle wave after wave of bloodthirsty hordes.

MU Legend Online seems to be a really user-friendly game that isn’t overly complicated. The level 65 cap during the beta was easily reachable within a short time frame. Offering simple gameplay controls with the classical style of point and click movement and re-bindable hotkeys for the picky players. I enjoy PvP content in most of the games I test so I was having a bit of fun in the arena even though I kept getting one shotted or dying randomly due to lag.

PvP mode and 3vs3 PvP mode update to the new game content, and it is likely that Emphasizer will be released during this time. Currently MU Legend is open for free, the game also supports up to 6 different language packs, including English, so global gamers will not need to worry too much about the language barrier. Useful information about the game, gameplay videos, user reviews, gameplay screenshots, more about here. Are you now considering of how to buy MU Legend Zen.