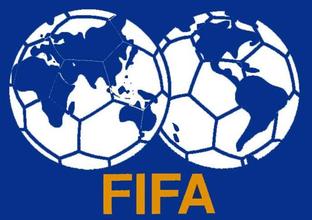 The three companies were among a group of eight businesses identified as ‘World Cup sponsors’ by FIFA, which also had six top-tier ‘partners’ at the time of the 2014 tournament. It was confirmed in November that two of the elite group of backers, Sony and Emirates, had ended their relationships with FIFA, with Moscow-based oil and gas giant Gazprom joining ahead of the 2018 World Cup in Russia.

The Daily Telegraph reports Castrol stating : “We have not been sponsors of FIFA since, I believe, the World Cup last year.”

Of its own decision to end its FIFA association, Johnson & Johnson told the newspaper: “It was a decision that was made for business reasons after a comprehensive review.”

Continental stated: “It was a great platform for us and now we’re using football on a regionalised level.”

Campaigners lobbying for reform of FIFA, which has faced a number of instances and allegations of corruption, have said they will target its sponsors.

The strategy emerged at this week’s ‘New FIFA Now’ summit in Brussels, the first organised campaign to challenge the leadership of FIFA in its 111-year history.

Former Football Association chairman Lord Triesman, who has previously made allegations in Parliament about FIFA corruption surrounding the bidding for the 2018 and 2022 World Cups, attacked the culture and governance of FIFA under president Sepp Blatter.

Jaimie Fuller, the chairman of the SKINS sportswear company who has previously campaigned for reform of cycling, announced he will be writing to all FIFA sponsors.

Candidates for the FIFA presidency must secure five nominations from national associations by January 29, with the contest in May expected to be a battle between long-term incumbent Blatter and Prince Ali Bin Al Hussein from Jordan.