Build Your Character In The Elder Scrolls Online: Morrowind

Before venturing into Morrowind, the new chapter of The Elder Scrolls Online, the player has to face a fundamental decision Who will he choose as his character? Aspects such as race or class can greatly affect the experience, even the availability of skill trees and some elements of history. Fortunately, dedicating time to create a character is one of the great pleasures of role-playing, and so happens in TESO.

Before venturing into Morrowind, the new chapter of The Elder Scrolls Online, the player has to face a fundamental decision Who will he choose as his character?

It is best to think carefully before answering. Aspects such as race or class can greatly affect the experience, even the availability of skill trees and some elements of history. Fortunately, dedicating time to create a character is one of the great pleasures of role-playing, and so happens in TESO. If the player already knows about a previous delivery of The Elder Scrolls, especially The Elder Scrolls V: Skyrim, the process will be familiar. First you will have to select the race and the sex, then you will choose the class and, finally, customize the appearance. However, there are some differences that veteran fans of Skyrim and the original Morrowind should know.

Races – In The Elder Scrolls Online, each of the nine major races is linked to one of the three alliances. The Bretons, Orcs and Red Guards form the Daggerfall Covenant; The High Elves, the Forest Elves and the Khajiites are members of the Aldmeri Dominion; And the Argonians, the Dark Elves and the Norse belong to the Ebonheart Pact (Ebonheart Pact).

When Morrowind starts with any race, the player will find himself on a ship heading for the volcanic island of Vvardenfell. If you want to explore all Tamriel from the beginning, so if you prefer to ignore the introductory zones and start your adventure elsewhere, you can do so. If this is the first time you play The Elder Scrolls Online, the Morrowind tutorial is part of the story and it is a great starting point. Fans of The Elder Scrolls will also know that each race has a number of skills and bonuses. For example, Khajiites are very agile and high elves are very fond of magic. Let’s make it clear that all races can belong to any class, but there are races that are slightly better in some classes.

The Classes – After choosing the race of your character the player will have to decide on which discipline he will specialize. In Morrowind there are five options: Dragonknight, which mixes offensive magic with melee combat; Sorcerer, who uses canes along with powerful magic and invocations; Nightblade, specialized in stealth and assassinations; Templar, combining hand-to-hand combat and healing magic; And the new Warden class, exclusive to those who acquire Morrowind, who invokes magical animals, has natural healing abilities, can destroy the enemy with frost spells and excels in close-range combat.

Each of these classes has three unique skills trees, but it is very important to remember that there are another twenty-eight skill trees available for all characters, regardless of their class. The player decides how to develop the character, from the specialty of the weapon to the manufacture of objects, regardless of the decisions taken when creating it. This has always been one of the main features of all The Elder Scrolls games.

Appearance – Like all The Elder Scrolls games, TESO offers an impressive array of options to customize the look of the characters. First, a triangle with sliding vertices allows defining the basic complexion of the character (fat, thin or muscular). You can then choose other characteristics of your appearance such as height, skin color or size of the feet.

Then comes the time to customize the face of the avatar. With the slider you can select the basic features and modify the different appearances (soft, angular and heroic) and then choose the hairstyle, age, eye color and other elements. The range of options is vast.

Constantly Improve – Once the character’s creation is completed, the player can begin to explore Morrowind and the rest of the wide world of Tamriel. Decisions about the character have only begun. Virtually everything that is done in TESO serves to shape and develop the character, from cooking to stealing or making potions, everything develops an own tree of skills. The most important thing is to create a character with which the player enjoys. Fortunately, discovering what that means is also an adventure.

The Elder Scrolls: Morrowind is now available for PC, Xbox One and PlayStation 4. It is very important to take the time to level up at the beginning of the game. Whenever you need gold, you can turn to ESO-GOLD for help. ESO-GOLD has cheap ESO gold for sale.

Early Access to the global addition of Morrowind for MMORPG The Elder Scrolls Online officially started. Anyone who has pre-ordered the digital edition of the Morrowind Upgrade or the Morrowind Digital Collector’s Edition Upgrade for the PC can now download the update and start exploring the new old Vvardenfell. In addition, to evaluate the expansion will allow customers “Collector’s Edition” on physical media. Beginners will be able to play only after the official release, that is, on June 6. 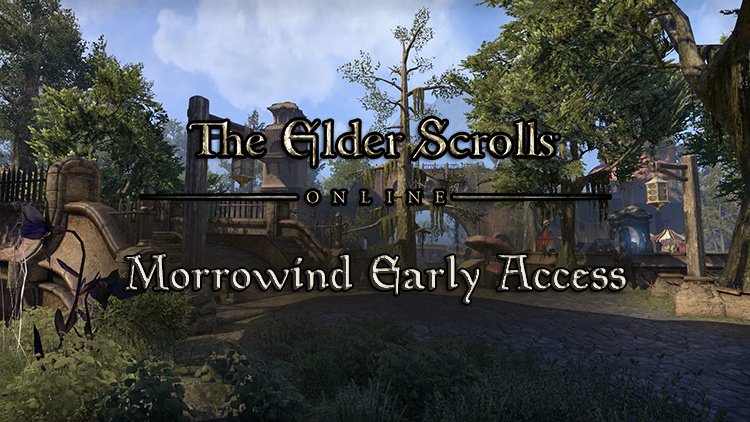 The beginning of Early Access is accompanied by a huge patch 3.0.5, which introduced balanced edits, added many new features, and fixed bugs. All changes can be found on the official forum. The list is really impressive. Just in case, we recall that all the progress accumulated during Early Access will continue. 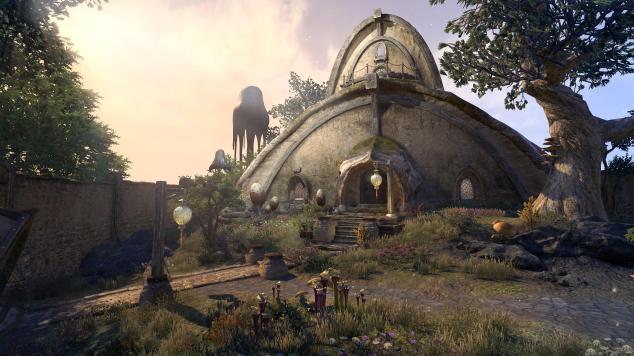 More gameplay to the God of the gameplay! Developers The Elder Scrolls Online released a regular hourly clip with a discussion of the addition of Morrowind and, of course, the gameplay. What kind of video is it, we do not know, just tired of counting. Bethesda does not stop warming up our interest in the big DLC, which will bring us back to the legendary Vvardenfell.

For your reference, the game process starts at 33:20. You will be shown a ship, several characters and even dialogues with them, will take you through Morrowind’s initial locations and assignments. If you are among the lucky ones with the right set, wait for less than ten days. Early Access will begin on May 22. And everyone else will have to wait until June 6.

Remember to buy cheap ESO Gold on ESO-GOLD to help you collect the players you want for your team. We are a professional website, which can provide cheap ESO Gold with fast delivery, safe payment methods and best services.