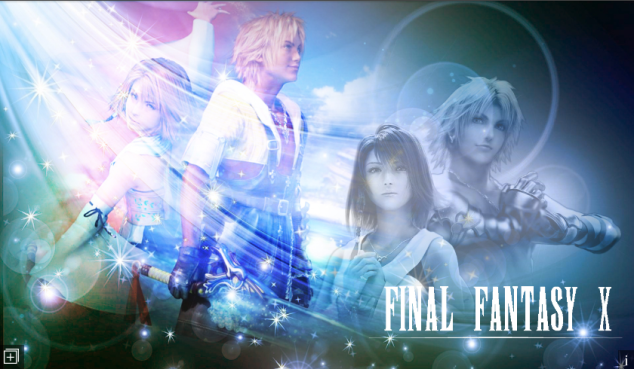 As all fans know Final Fantasy X is an iconic game in ‘FF’ series. The game describes the city is destroyed by monsters, Dida (Tidus) is one of the survivors, but unexplained how to beyond time and space to 1000 years later, and then come across the girl ‘Yuna’. The game’s score took players through a variety of environments and emotional cues. The love and legendary story was began.

There’s no doubt that the soundtrack( Composed by Nobuo Uematsu, Masashi Hamauzu and Junya Nakano) is fantastic and it’s also the first time in the series using real person dubbing, and the plot is as elaborate as always. I think that’s the main elements of Final Fantasy X’s success.

SPIRA is created by Materia Collective to honor this significant music, all the music is From Final Fantasy X. As an expansive, 100-track tribute to the game the features the likes of Horizon Zero Dawn vocalist Julie Elven, composer Pokémon Reorchestrated arranger Braxton Burks, Dale North, the Triforce Quartet, and others. All of this music is spread out across two releases, Besaid Mix and Zanarkand Mix, which are set to drop on August 18.

The organizers Joe Chen and Emily McMillan said of SPIRA: Obviously the soundtrack of The Final Fantasy X contains a lot of variations on a few common themes. New listening experience is needed I think. You’ll not feel boring when you’re listening to ‘Hymn of the Fayth’ 20 times or you even cant realize that oh ‘Hymn of the Fayth’ played again. That’s what we want to create so all of our artists try to do something new on their track. For example, some artists will try an unfamiliar style, while others incorporated unique instrumentation. I do believe SPIRA albums will bring us a fantastic trip of music with a fresh perspective.