Tag Archive: In The King’s Cup 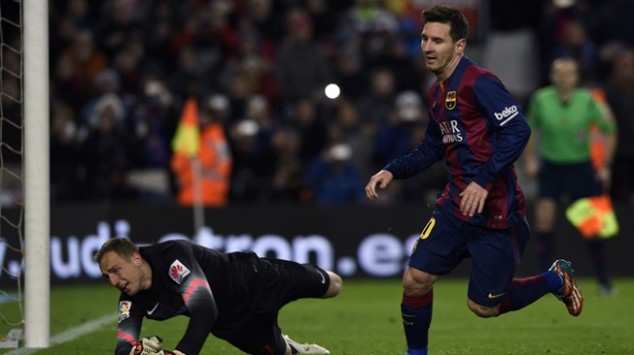 Lionel Messi’s late goal earned Barcelona a 1-0 victory over Atletico Madrid in the first leg of their Copa del Rey quarter-final on Wednesday.

Barcelona, who secured their last-eight place with a 9-0 aggregate victory over Elche, started the Nou Camp clash with all-star triumvirate Messi, Neymar and Luis Suarez but were thwarted for long periods by Diego Simeone’s Spanish league champions. 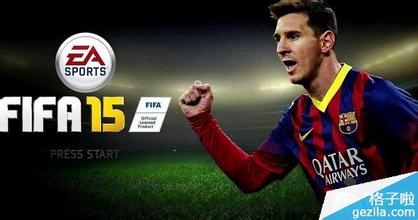 Those in the crowd were treated to a fiercely contested cup tie, with tackles flying, but despite the commitment the deadlock could not be broken until five minutes from time as Atletico, who knocked holders Real Madrid out in the previous round, defended resolutely.

Messi smashed a free-kick against the Atletico wall and, as the visitors attempted to clear, Sergio Busquets was fouled in the area and referee Jose Gonzalez pointed to the penalty spot. Messi’s low spot-kick was parried away goalkeeper Jan Oblak, but the Slovenian could only watch helplessly as Barcelona’s talisman poked home the rebound.

The 85th-minute goal gives Barcelona a slender lead going into next Wednesday’s second-leg encounter at the Vicente Calderon stadium.

Villarreal needed a late goal from substitute Bruno to record a 1-0 victory over Getafe at the Estadio El Madrigal.

Villarreal dominated possession and could have been ahead much earlier in the first-leg encounter had it not been for striker Gerard’s wayward finishing. But Villarreal will take a slender advantage into next Thursday’s second-leg encounter thanks to Bruno’s superb 25-yard free-kick five minutes from the final whistle.

Malaga and Athletic Bilbao played out a goalless draw at the La Rosaleda stadium. The tie is therefore evenly poised ahead of next Thursday’s second-leg clash at the San Mames Stadium. Coincidentally, the two sides also lock horns in Primera Division action on Sunday.