How to creat shooting chance in FIFA Ultimate Team 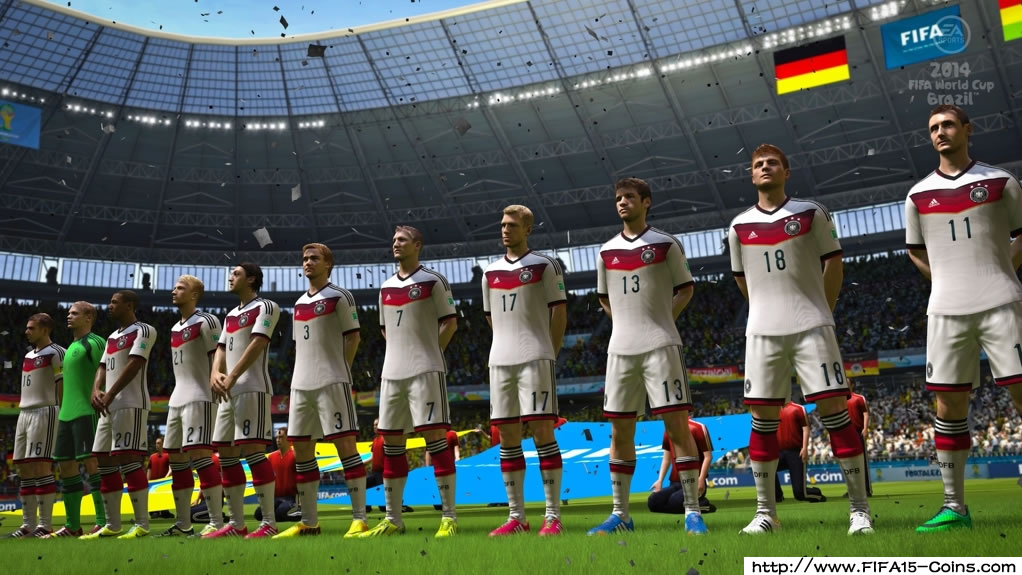 Creating goal-scoring opportunities seems to be the hardest part of gameplay to master for most FIFA players, so we’ve taken up the challenge to bring you the top tips on how to do this with ease. Defenders like to put immense pressure on you especially in Ultimate Team where gamers will run at you as soon as you take a touch of the ball. Now it’s about getting that half-a-yard of space to unleash a devastating shot that the keeper can’t handle.

You’ll come across matches where the possession and defensive play is quite equal, and it’s got 0-0 written all over it and somethings gotta give. These types of opportunities are begging for unpredictability and creativity combined. Lets take a look at some of the hottest techniques on how to create goal-scoring chances.

Build Your Momentum Up
Now you may not have heard about this one before, but you’re all probably too aware of the times when your players take the most ludicrous of touches and can’t even control the ball and every pass that you make either goes to the wrong player or out of touch. This is quite simply because the FIFA game engine is solely based on momentum and having a build up to earn your goal. The days of the route one up to the lone striker have long passed.

Now it’s about stringing a good few passes together so that your players on the pitch gain in confidence and your attack only grows stronger because of it. This method cannot be underestimated as it’s a crucial part to your success both in FUT and Career Mode.

Apply Player Training In FUT
What we don’t get is there’s tools there to help you succeed, yet so many players choose to ignore them and carry on accumulating defeats. If someone gave you a tool to make your job easier you wouldn’t say no would you? It’s totally illogical and we can’t understand it ourselves. What we’re trying to say is when playing FUT 15 you should apply these player training attributes to your players and their overall rating will increase significantly.

The best ones to look out for at knockdown cheap prices is the +6 all attributes silver player training cards, they go for around 200 coins in the auction rooms and for around 1K, you can increase five of your players stats by six on all attributes.

Execute The Heel Chop At Every Chance
This showboating move is so effective that not enough players on FUT, Be A Pro or Career Mode decide to use it. It’s a 4 star skill move but probably one of the most underrated and best skill moves on the entire game. To perform the heel chop, simply hold the LT button down on Xbox, or L2 on the PlayStation whilst performing a fake shot. The fake shot is done by shooting and as the shot gauge goes up you need to press the pass button which is A (Xbox) and X (PlayStation.)

Gamers should use this technique when defenders are either beside them and closing in or when on the wings. It’s so effective that it barely gives anytime for the opponent to react and put in a challenge on you. It’s also very good at getting penalties and free-kicks awarded to you, not to mention it looks very catching on the eye as well.

WildStar Crafting guide for all tradeskills

AS it is known to all that In Wildstar Online are nine TradeSkills at this moment:
Tailor,Architect,Mining,Outfitter,Armorer,Weaponsmith,Survivalist,Relic Hunter

Also there are 3 hobbies at this moment:

You will start your first 2 tradeskills at level 10 by making your call quest to crafting from your Datachrone. Once you chose your tradeskills you will receive also your Starter Schematics. Schematics permit players to craft the fundamental elements for their selected tradeskill and also will aid them throughout their crafting tasks.